As of beta 3, there is no way to handle native system alerts. This is a pretty big roadblock to actually UI testing apps that support location. Luckily, we can work around this by digging a little bit into the CoreLocation framework.

A prerequisite for this is the Hopper Disassembler, which I can’t recommend highly enough. It’s a great starting point for poking at and tearing apart system frameworks, libraries and executables.

First, lets open the CoreLocation framework with Hopper. As of writing, this framework existed on the file system at:

Let’s open the binary within the framework. 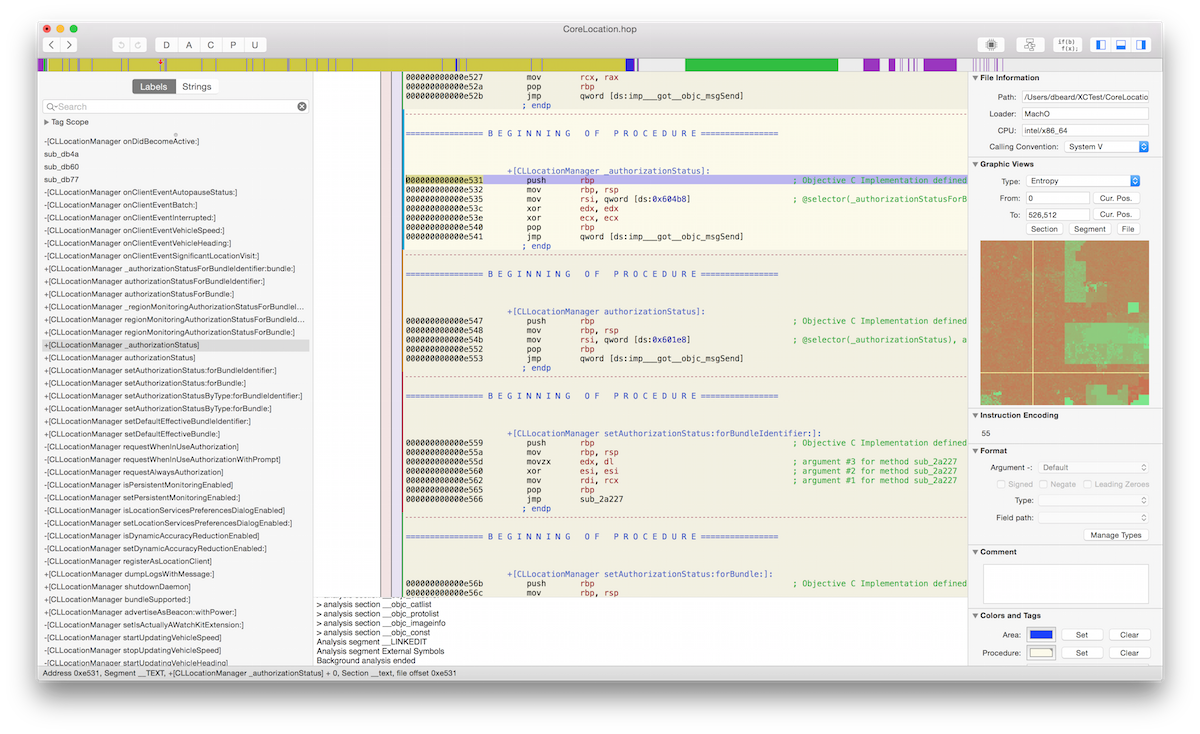 Looking on the left panel under “labels”, there are lots of CLLocationManager methods. Scrolling through, we can see a couple of interesting authorization related ones.

The setAuthorizationStatus:forBundle: method is a private method, but since we are going to be only calling it from a test, we can use it. Note: Do NOT use this in a production app, you will absolutely be rejected from the app store. This is going to let us set the location permission to whatever we want, while supressing the location alert from showing.

While we can’t call the method directly, we can build a method signature and invoke a custom invocation like this:

Hopefully  fixes all the pain points and remaining concerns of UI testing before the final Xcode 7 release :)

Edit: For supressing some other permission dialogs, check out this github issue: https://github.com/facebook/xctool/issues/276#issuecomment-30074325 (Thanks to Joe Masilotti for the tip!)